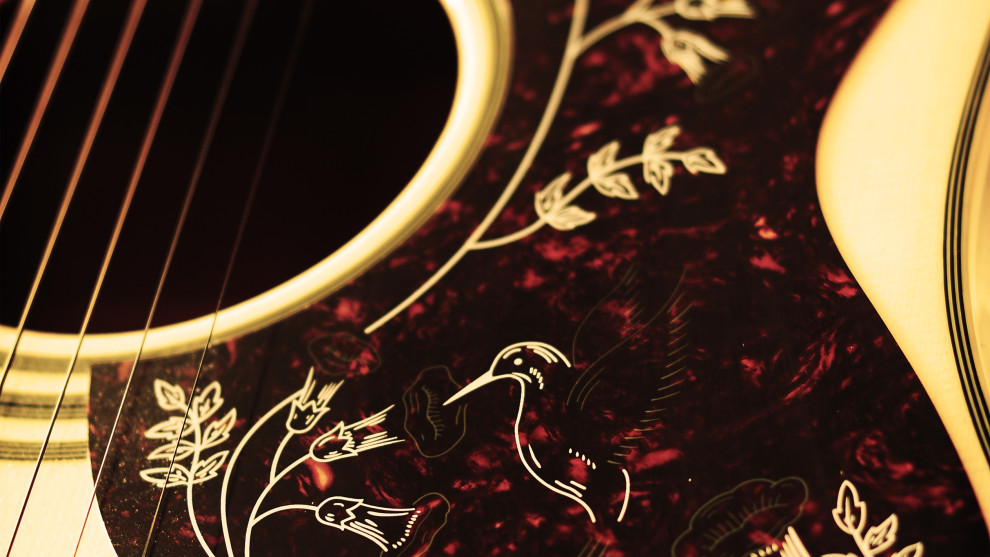 Last week I treated my first child patient.  I drew on everything I’d remembered from classes, texts, clinic shifts, and Chinese Medicine colleagues who’ve shared their experiences on pediatrics (pediatrics is er ke in Chinese Medicine.)  As with anything in life, the most precious lessons when actually experiencing something new in your life (in this case, treating my first child) only comes with the actual journey itself.  It was during this time that I was reminded that, even though many acupuncturists and reiki practitioners have oftentimes learned similar protocols, what we draw on, in the end, is from our essence as a person.  All of our life experiences, as related or unrelated as they may seem, all play a role in how we shape our connections with others.

Take, for instance, the fact that I have grown up surrounded by music and dance.  My uncles often played guitar (often traditional Spanish songs), which they played during our  get togethers (which was often filled with extended family, since my mother is one of eleven children.)  A lot of singing always ensued, and if there were no actual guitar players, out came the karaoke machine, which every family we visited seemed to have, no matter what their economic status!

Since the age of four, my mother had me dancing ballet, tap, and jazz.  Eventually I earned membership into the Royal Academy of Dance.  I learned the organ (also known as the “church organ”) from a dear woman who used to play organ at hockey games in New York City during the 40’s and 50’s, was always dressed to the nines when I went to her house for lessons, and whose nails were always lacquered and kept.

Aside from classical dancing, one way my mother kept me in touch with my culture(s) was by having me dance native Filipino dances at the yearly Pittsburgh Folk Festival.  There were a lot of indigenous, Spanish, and Muslim influenced dances and dress (boy, my pale face sure made for an interesting Filipino Muslim-inspired dancer!)  And, by the time I was in undergrad, I was classically trained in opera.

As a hefty aside, I have always been a writer and artist in some capacity, which most notably culminated in my publishing my independent magazine, Bamboo Girl Zine (I spoke about it in this blog.)

Jump a few years forward, past the 7 years of graduate school at Pacific College of Oriental Medicine, where I learned acupuncture (did you know that acupuncture school is comprehensive, and includes Chinese acupuncture, oriental medicine theory, anatomy and physiology, nutrition, and the study of Western diseases?)  Armed with my physical and mental tools, and some ancestral chutzpah, us bright-eyed, bushy-tailed newbies forged into the world to start creating healing and wellness.  My experience with my child patient was such an occasion that reminded me of the importance of why I chose this work in the first place.

When nine-year-old L. came in, she carried a notebook binder that was opened to her most recent hangman game, which she was playing with her mother, who accompanied her to her session.  When they sat down, I learned a great deal of L.‘s background from her mother, how L.‘s nausea had become such a problem that she’d be incapacitated for hours at a time, which often interrupted her school schedule.  I chatted a lot with L., too, as she colored with different crayons in her notebook.  She told me a lot about how she was feeling.  I observed L.‘s mannerisms, her shen (what Chinese call the “spirit”, and can be seen in the vitality of the skin and especially the eyes), body weight, and how her personality manifested itself.  She was very adamant about wanting to get rid of her nausea, because she’d been intubated too many times for medical tests and procedures, found them painful and invasive, and wanted to try anything else to help.  Her mother let me know that L. had acupuncture once before, which was helpful.  I couldn’t help but notice the mother’s shen, which had clearly been depleted from dealing with her daughter’s health concerns.  She’d admitted to me that she hasn’t been able to hold down a regular day job, since her daughter’s nausea is unpredictable.

When treating a child with acupuncture, there are a few ways to go about it.  But one of the main things is that when needling a child, there are fewer needles and less retention (leaving the needles in), sometimes taking them out as soon as they’re inserted.  Aside from using needles, there’s a Japanese technique called shonishin (rhythmic stroking, rubbing, tapping, and pressing the skin to give different kinds of gentle stimulation), tui na (Chinese medical massage), among other methods.  In L.‘s case, I did a mix of some shonishin on certain channels, as well as a minute amount of needles.

When L. jumped into her mother’s lap, I took the opportunity to lay her tiny unfolded legs in my lap, and examined certain acupuncture channels, to see how they felt to the touch, and find out if she found any spots tender.  L. giggled on a certain point, which confirmed my suspicions about one of the channels being effected.

The mother was so petered out, she volunteered to be the one to first lay on the table, and would hold her child on top of her, so they could both rest, even if only a few minutes.

One thing to learn when treating a child is the art of distraction!  I learned about all of the sports she loves to play, found out pop music was her favorite, that her favorite artist was Taylor Swift, and her favorite actor was Taylor Lautner of “Twilight” fame.  Is it bad indication when you are as plugged into pop culture as a nine-year-old?  In this case, it was a blessing.  She told me her love of the tv show, “Glee”, and said that she loves singing.  By this time, I had already inserted my minimal needles.  She was a little disconcerted at first, and became a little vocal, but I asked her more about her favorite song.  Turns out her favorite musical is “Les Miserables”, and her favorite song is “Castle On A Cloud”.  Because I was very familiar with that song, I asked if she wanted to sing a little bit of it together.  She suddenly got very shy, but then asked if I could sing it.  I playfully asked her with a big smile, “And how is that fair?”  She promptly answered, “You should sing, because you got to put needles in me.”  I laughed.  So, I said, “Ok.”  And I gently sang a verse from that song sung by the musical’s character, Cosette, while my forefinger stroked her knuckle.  Instantly, she calmed down and was quiet, no tension in her body, and just watched me with her big, hazel eyes.  You could’ve heard a pin drop!  When I’d finished, she kept staring at me, and her mother remarked that I had a lovely voice, and asked if I’d had training, to which I’d answered, “yes”.

They were pleasantly surprised by my singing, and it was then that I realized that my gift of being exposed to music at a young age, made music and rhythm very natural to me, even to incorporate it into a treatment!  It was a wonderful feeling to be able to have a heart connection with such a young patient on a level she could really relate with me on.

Soon after my musical moment, I removed the needles from both mother and daughter (I had given her mother two needles, out of her daughter’s reach, to provide a little calm while her daughter was being treated), and did some rhythmic stroking down a channel on L.‘s arm, to further help get rid of her nausea.  The great thing about children, is that you can address more than one channel at a time when doing the shonishin technique, since their bodies are smaller, their channels are not as developed yet, and they have a lot of yang energy that moves easily.

Both mother and child had more qi in their eyes upon leaving that evening, and I sensed they left feeling calmer.  I often come home from my acupuncture and reiki work with a full heart, and this time was no different.  It really makes a difference to do work you love!