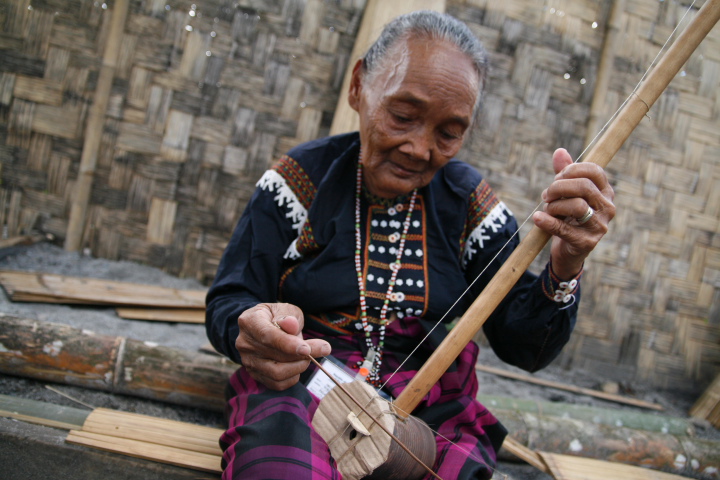 Note:  I welcome Rina Angela Corpus, assistant professor at the Department of Art Studies, University of the Philippines, as my first ever guest blogger!  She initially dropped me a line to contribute to my zine, Bamboo Girl, which I had published back in the day.  Apparently, BG is still making waves!  Rina had submitted some beautiful poetry that honors Philippine indigenous communities, a population I also embrace, since I believe that ancestral wisdom is passed down through our bloodlines, and embracing that spirit is central to healing for me.  Much of my ink/tattoo work is a strong nod to my ancestors, including the babayin (ancient Filipino script – Filipinos had their own script before the Spanish colonization, during which, the script was burned and destroyed.)  I hope you enjoy Rina’s poetry as much as I did!  Whether or not it is a background that you share, much can be learned by getting in touch with the richness of where we’ve come from.  And the stories of the tribes in the Philippines are seldom heard.  So, listen up!
– Margarita

I wrote this poem during my first job as a campaigns officer with an NGO that gave free legal and metalegal assistance to Philippine indigenous communities, where our team would give free trainings to help them assert their claim for ancestral domain rights that have been threatened by numerous intrusions of government-sanctioned foreign and local industries.  It was in these visits that I felt a deep sense of indigenous wisdom and innate knowing of a world built around the principles of peace, balance and harmony.  I saw and felt their natural warmth, friendship, honesty and simplicity, and I felt how the legal system that we tried to “teach” them seemed unnatural and unsound compared to the beauty and soundness of their natural ways.  At the end of each training, I felt how they really did not need any complex explanation of laws, for in their collective memory, they knew what was rightly theirs:  a harmonious way of life that had total respect for each being and the natural world.  They were the natural and first healers of human hearts and of the earth.

Ancestral Earth
(for the lumad/indigenous people of Mindanao)

Our children bear the stories
of ancient genealogies
they who dwell in lands
tilled by our forebears
they whose rituals have nourished
ancestral soil.

We now secure these primeval grounds
as spaces for our struggle
against laws and world views not ours
And we summon the strength
of generations
of people whose ways
are woven in soil. “Batad, Cordilleras, Philippines” by yeowatzup, used with permission under CC BY 2.0. Source.

This short poem was written when I first attended the Cordillera Day, a yearly celebration in the Cordilleran mountains of northern Philippines peopled by indigenous communities who resisted the Spanish colonial rule and even present-day human rights violations.  Their continuing struggle for a just and peaceful society, and the commemoration of various heroes who placed their lives on the line, are celebrated yearly in this event.

It was here that I met an old Cordilleran chantress named Kina-aw, who sat quietly among the audience as she crooned an ancient sound that sounded like a chant.  I was intrigued that she chose to just be on the side scenes of the ceremonies led by young activists, yet how dignified she sat among the crowd that she literally stood out.  I thought how her claiming of a small space in the periphery of the celebrations was symbolic of how old chantresses, just like her ancient culture, may soon go extinct with younger Cordillerans now opting to leave the mountains to live in the city.  In this poem, I imagined how her chant was a call for help and protection to Kabunian, the supreme god in Cordilleran spirituality.  Kili, Abra is a town in the Cordillera where the Cordillera Day was held at that time I wrote the poem.  “Cordi Day” is celebrated in different parts of the Cordi region.  (Poem’s translation is in Tagalog, below.)

For Kina-aw,
chantress of Kili, Abra

The terraced earth blooms
at your every step.
Nourished by ancestral soil
you croon into a chant
as if possessed by the spirit
of god Kabunian.

You sing an invocation
as ancient as time,
as protection for your children
who are now lured
by the city lights
beckoning them
to ruthlessly live
a life without a god.

Rina Angela Corpus is an assistant professor at the Department of Art Studies, University of the Philippines.  Her research interests include feminist aesthetics, dance history and alternative spiritualities.  She trained and danced with the Quezon City Ballet and now teaches Raja Yoga meditation and practices the healing arts of shibashi-chiqong.  Her first book “Defiant Daughters Dancing: Three Independent Women Dance” (UP Press, 2007) is a groundbreaking feminist research on Philippine contemporary women dancers, and now available in e-book formats at Apple, Amazon, Flipreads, and Barnes & Noble.   Check out her author interview by Flipreads, book review by writer Agnes Prieto, and view her blog at:  http://rinacorpus.typepad.com/blog/.  She can be reached at email rinacorpus@gmail.com.