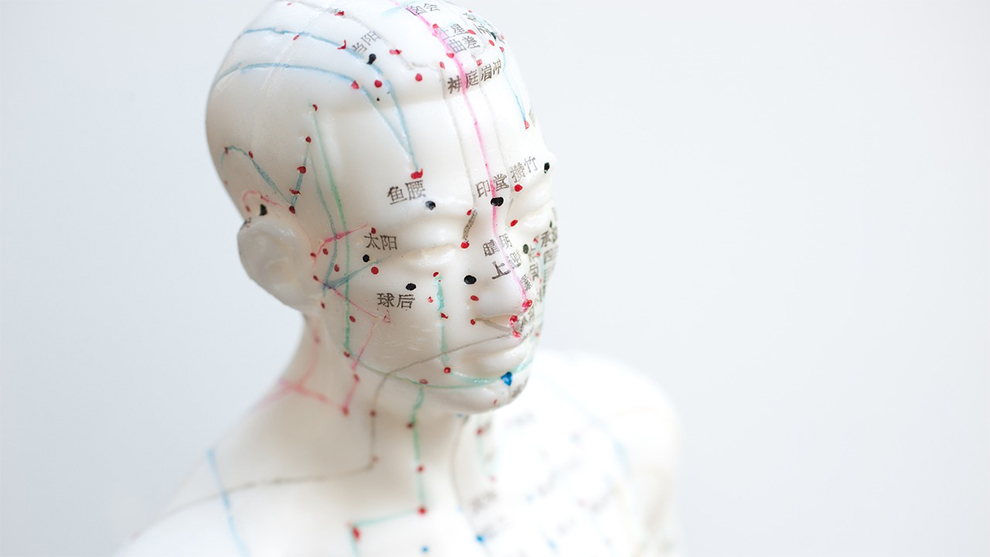 Of Hapa-Ness & The Unlikelihood of Pinhead

First of all, thanks to everyone who checked out my Chinese New Year Post last week.  It sure helps that it was Freshly Pressed!  Hopefully, everyone’s been able to take part in the festivities in town.  Here, in New York City, there have been a few events going on, especially in Chinatown.

Now, for those of you in the know, Pinhead is one of the most prolific characters to ever grace horror flicks.  His appearance is intense, with pins in every cubic inch of his face, hence his name.  He was the main antagonist in the movie, “Hellraiser“.  Lots of popcorn to be had, back in the day!  That was pre-grad school (oh, yes, indeedy, becoming a licensed acupuncturist is a 4 year ride, or in my case, 7 years, to hold down my full-time day job.)

Why bring up Pinhead on yet another gloriously frigidly cold winter’s night, where, at least in NYC, lingering snow mounds have turned black?  To tell you how unrealistic it would be that anyone would ever get needled in an acupuncturist’s office in this way.  The above main picture is of a man whom I affectionately call “acu man”, and is a model that many acupuncture students have studied to help us get a better grasp on the almost 400 points on the classical meridians.  “Acu man” still has a lot of points on his head, but nowhere as much as Pinhead.  But, then, again, I’ve never counted Pinhead’s needles.  So, who knows.  But, still, the likelihood of looking like him on my table is quite nil.

As “Acu Man” shows, there are points on the face as well.  I usually use the Japanese needles for those areas, since they’re ultra-thin.  Using face points can be good for headaches, sinus congestion, stress, eye problems, and even facial rejuvenation (yes, it can help with reducing fine lines, and sagging, but must be done regularly, and over a certain period of time.  But, look Ma, no Botox!)

Here is a photo that is a bit more realistic about head points you may receive at my office.  The only time I’ve done more needles on the face was for a patient who had Bell’s Palsy.

Some people have actually expressed fear over getting needled, wondering if acupuncture needles are like hypodermic (hollow) syringes you experience in a doctor’s office when getting your blood drawn.  That would be a big “No!”  Acupuncture needles are filiform, disposable, solid, and hair-thin, which are inserted in very specific points (hence, the “acu” in “acupuncture”.)  Most folks tell me they don’t feel them being inserted, others recall an initial quick prick.  Afterwards, there can be a heaviness, achy feeling, or warmth.  That’s all good stuff, and an indication things are working as planned!  Most people take a nap.

That was certainly the case at my part-time job this past Friday.  Aside from my private practice, I work at St. Anne’s Corner of Harm Reduction in the Bronx.  If you follow my blog, I did some coverage for a colleague during the holidays when he went to Puerto Rico.  They ended up hiring me.

The concept of Harm Reduction is different from that of “Just Say No”, in that we give them tools to live a cleaner life (we do a needle exchange so there’s less spread of AIDS and STD’s), education, group support, counseling services, and work with methadone, so they have the option to use something less dangerous than other drugs like heroin, cocaine, etc.  In Amsterdam, where Bart Majoor, the Clinical Director is from, they actually give dope and actual drugs to people from a van, so that they know it’s clean and done in a sterile environment, and is regulated.  Interestingly enough, Bart reports that Amsterdam’s drug use has reduced exponentially with this kind of system, whereas the U.S. problem is still high.  To this day, Joyce Rivera, Founder and Executive Director, and wife of Bart, will drive out during the day and do needle exchange programs right there from the back of her car, in the middle of the street in certain communities that need it.

I work in the Sanctuary giving NADA protocol treatments, full body treatments, and ear seeds to the people who come to visit.  NADA stands for National Acupuncture Detoxification Association, and refers to the five point ear acupuncture protocol for recovery from addictions, particularly:  drugs, alcohol, nicotine, caffeine, and even hunger cravings.  NADA has amazing results in helping those dealing with drug and alcohol problems, and I see it first hand when I needle folks.  I’ve gotten to know many of them by first name now.

One of the regulars, I’ll call M., comes in for NADA, and full body treatment.  He suffers from anxiety, and is actually schizophrenic.  Yesterday, he was complaining about anxiety from stress, and some shortness of breath.  He said that the past 2 times he saw me, he has slept even more deeply on the table, which is a good sign.  I gave him some needles to bring him back down to earth, relieve his stress, open his chest.  I covered him with a space blanket (light enough to not sit on needles, but retains body heat, so they don’t get cold), turned out off the light.  And he was on the road to Snoreville!

Maria in her kitchen. Deliciousness in the making! Photo from my personal collection.

It’s been helpful for many of the people who come in, and sometimes just being in the Sanctuary can be a welcome respite for them, especially since some are homeless, and it gets unbearably cold for them during the winter.  They come in, get a treatment from me, and I write out a voucher for them, so they can grab some of Maria’s cooking (Maria is a fiesty Puerto Rican lady, who doesn’t smile much, and has a heart of gold, and coincidentally makes gigantic vats of delicious Puerto Rican goodness, which is then served in our common area to people who have a ticket.  I am able to take a plate when it’s not too busy!)  Having a kitchen is so important here, because people are prompted to obtain a service (like counseling, being in group, coming to the Sanctuary to get a treatment from me), so they can get that voucher in order to eat.  Sometimes at the beginning of the week, I’ll find that some of them haven’t eaten for 1-2 days.  Many of the people who come to the Sanctuary are struggling with their addictions, are in shelters, or homeless.  The community at St. Anne’s gives them some hope and support in what they’re dealing with.  Many of them say they feel much more calm after being needled.  It makes me feel good to do what I can to help these folks. They tell me about all of their stories.  One time after Christmas, I asked one of the clients how his holidays were.  He responded, “I didn’t have one.  I live on the streets.”  Another was telling me how her husband was beating her up, and that she’s now in a shelter.  And yet another told me that he’s in a shelter because he had no place to live after his wife divorced him and took all of his money.  This kind of environment is certainly not for the faint hearted, and I hope that what I do is making a difference in their lives.

It’s mostly acupuncture treatments, and lots of NADA protocol, but sometimes I throw in a nice head rub after needling their ears, because most of the people who come in have got a lot on their mind!  I give them some lavender oil on their temples, give them the good Klingon grip, and begin my massage!  Most of the people who request this do so because they have regular headaches.  Even though it’s only a few minutes, they usually relax into it pretty quickly.  When I’m done massaging their head, they sit there for a while and enjoy the music that plays on our boom box.  It’s a community setting, with lots of chairs.  Most of the time, it can be tranquil, but sometimes the excited Spanish conversations can make it less than chill.

Most of the staff and patients are Puerto Rican.  Lots of Spanish!  Time for me to watch Telenovelas.  Because of my ethnic ambiguity, people just start talking to me in Spanish.  I can follow to an extent, but they talk so fast!  And I understand more than I speak.  It looks like that’s about to change!  I love that my female coworkers yell, “Hey, mami!” from across the hall, instead of “Well, good morning, fine day to you”, or say, “Ok, baby!” instead of “Yes, your request has been processed”.

I often get asked (usually by the male clients) what I am.  They ask, “Are you Puerto Rican? Ecuadorian?  Hawaiian?”  And my answer would be, “No.  No.  Closer!”  Like most mixed race folks, just having our hair down, hair up, or wearing a certain makeup, or style of dress, can invoke various assumptions.  When I finally tell them I’m Filipino, Spanish, Irish, Chinese (and supposedly Mexican, but that hasn’t been confirmed so I don’t mention it), they say, “Ah!  Una mezcla!”  Mezcla is Spanish for “mixture” or “blend”, and that would be me!  I think the term I’ve often used has been “Hapa”.  That word actually came from Hawai’i, and initially referred to those Hawai’ians who were mixed with White.  Then referred to those of Asian descent mixed with White.  Now, it’s come to mean a mixture of blood, una mezcla!

A poignant time Friday afternoon came when one of my more enthusiastic patients, J., came in right before closing.  The last time I saw him, he was very stressed out, because he was coming off drugs, and having massive withdrawal symptoms, including hurting all over his body, feeling overly sensitive physically and emotionally, and irritable.  But, he was very hopeful.  He loves acupuncture, and wants to learn more about it, perhaps even become a student.  I gave him a big back treatment, because he was having some back problems, and I could get to some good points back there.  He loved it, and left feeling on air.  2 weeks later, Friday, he came in.  Frustrated.  He’d relapsed and was shooting up heroin again.  I saw it on his arms.  He was angry at himself because he tries very hard to conquer this.  My heart goes out to my patients, because I see their struggle, and root for them.  I gave him NADA and some points to help his stress, insomnia, and to help him feel more buoyant.  He walked out feeling more peaceful, a bit more like he could handle things.

Valentine’s Day chocolates?  This is the real heart-opening stuff!

But if you do receive chocolate bon bons, do enjoy!

Leave a Reply to SpinnyLiberal